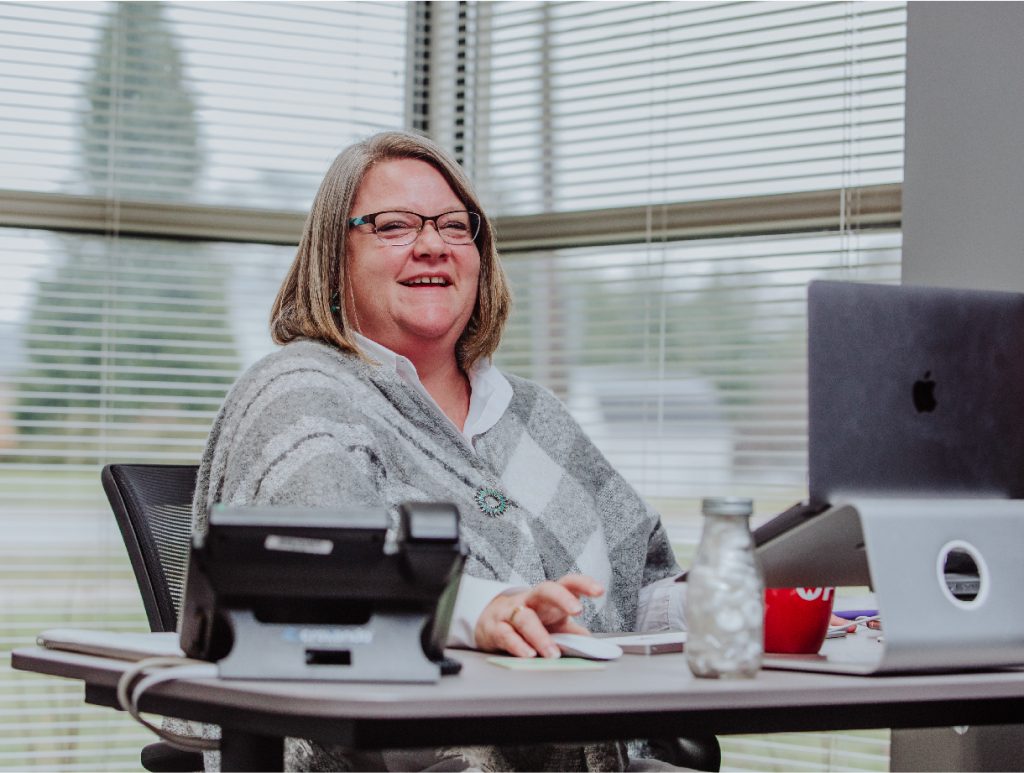 Just a bit over three years ago, all of my colleagues, friends, and family members were asking me if I was crazy. I was working at a job that I loved (and was good at) with people that I loved. I held the insurance for our family. There was no real reason for me to quit my job and start working with Scott at 2 Fish Company. But, like a crazy person, I did. I left my job, gave up my steady income and insurance, and threw my pole into the 2 Fish Co. pond.

But the real reason I did it was that it was the right thing. Just a few short months before I joined 2 Fish Company, we added a fourth child to our family. She came to us, five years old, with very little English and a bucket full of charm. She came from China, so we knew very little about her medical background. She needed lots of doctor visits, potential therapies, and school meetings. Adding her to our family of three already-busy teenage boys felt a bit overwhelming at times. I worried about asking for time off (although my workplace was very understanding), having to leave early, and rearranging schedules to get my work done. The idea of working with Scott and having the flexibility to leave during the day felt really good to me. And I got to sit across from Scott all day every day (now you know why folks were asking me if I was crazy). I could think of nothing better.

I wasn’t sure what I would actually be doing with Scott, but I was game for a new adventure. When I started, I spent weeks organizing receipts and entering them into our accounting software. I started to wonder at that point if I was crazy. Slowly, I began to work on coordinating photo shoots and gathering details for a publication we were working on. My role was leaning towards a project management position, but I still was not talking to enough people. I loved meeting new clients and getting to know what they did and how 2 Fish Co. could partner with them. It quickly became clear that I really am a relationship person and need to leave the details to others to worry about.

I knew that I would have a lot to learn, changing career paths at forty-something. I would learn about myself and the workings of a marketing company, but a pleasant surprise was how much I learned about Scott. When we joined professional forces, we had been married for over twenty years. That is a long time. We had been through a lot together. To be honest, I had been privy to watching him work from our basement. I thought I had seen all that there was to this dude! He had layers that I had not seen before.

One of the first layers was revealed through managing a stressful mistake. While it was clear that a mistake was made, I thought the there was plenty of blame for all of the parties involved. But Scott took it on himself. He named the issue, owned it, apologized, and made it better. He truly humbled himself. The effect was remarkable. All of the parties involved immediately claimed their own part in the mistake, and, instead of wasting time placing blame or pointing fingers, they worked together to rectify the problem. Practicing servant leadership—it worked!

I have been able to see Scott through other people’s eyes, and it has shown me gifts and talents that I had never experienced before. He is able to listen to a person or company’s needs, to see their whole picture. He asks good, probing questions that folks often didn’t even think needed answering. He wants to know and understand the companies he does work for, getting to understand culture, product, and how to serve. They look to him as a part their team, trusting him and his vision. He likes to joke that people like him but love me. The truth is that the relationships that Scott has cultivated with some of our clients are long-term, and he is just as loved (I am still more fun!).

What I have most loved is having what I already knew solidified: that we are better together. I often remind Scott that I don’t need him, but that I choose him. That we choose each other. That is the miracle, right? That I bring something to the table, he brings something else, and together we form something miraculously creative. It is what 2 Fish Co. does with each other and with the clients that we are privileged to serve.

“How do you work together every day?” people ask us. The truth is that we chose each other a long time ago. The only way that 2 Fish Co. would really take off is if we were in it together. Do we argue, to the chagrin of our employees? Yes. But, most of the time, we are having a whole lot of fun (which may also be to the chagrin of our employees) and working to find the best creative solutions for our clients. What could be better!?